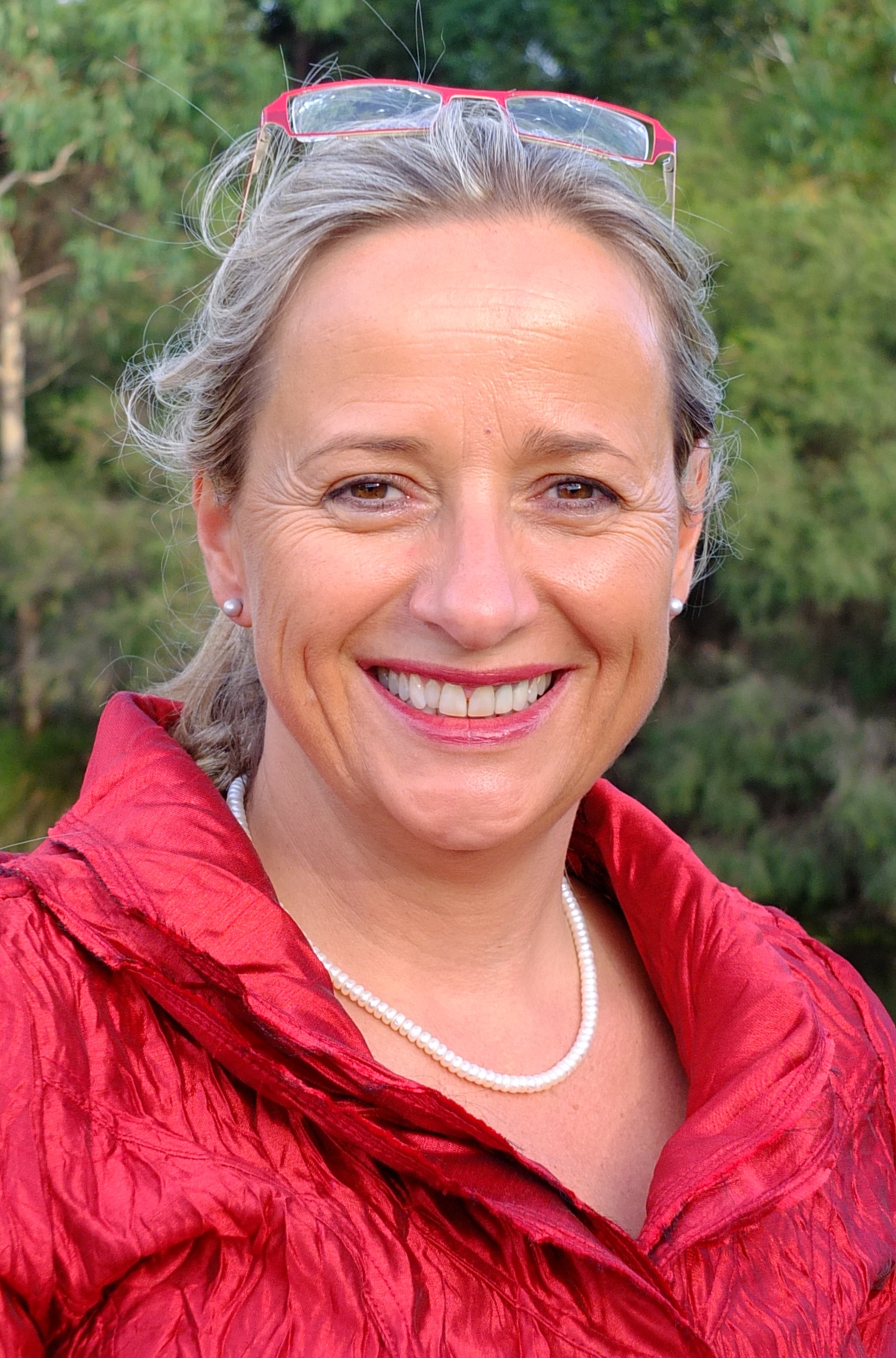 The story started in early 2007, when I was living in a remote country town in Western Australia.

I was in a job that although I really enjoyed the challenges on one level,  the workload was overwhelming!  Although I loved my home and was almost finished renovating, I became increasingly uncomfortable and stressed.  There was a house across the road where the ‘ice freaks’ lived.  The violence and intimidation that emanated from there was horrible.

A phone call from one of my best friends set the course for the next few years of my life.  “Do you know what your house is worth?”  We were in an economic boom and even if what she said was only 10 – 20% true, if I sold and made some profit, I could radically change my life.  I never wanted to be in this situation again.  Having been recently bullied at work where I felt I had no way out.  I needed to make changes or else I would be stuck in the same rut.

I had accepted a scholarship and so if I reneged on the contract I would have to pay back the money I had already received, which had been used for medical expenses while I was at university.  I simply did not have the funds to buy myself out of the situation.  It was so bad, that I had become depressed.

Why was it so bad?

To make matters worse, only a couple of years prior I had been living in two different countries overseas and undergone states of emergencies in both, running for my life literally (even from a marauding mob with Molotov cocktails) and living in hiding!  I had come home to Australia to live a safe, settled life and yet here I was obviously still suffering from post-traumatic stress disorder, and yet feeling more oppressed than ever!  The frustration of being beaten down by what should have been day to day concerns, after having survived life-threatening situations!

So I sold my house, and a year later was off on my trip around the world.  However as it happened, I only made it to the nearest international port closest to my home in Perth, that of the tropical paradise of Bali in Indonesia.

It was in Bali that I was following my dreams of writing, blogging, traveling, learning the skills toward living an international lifestyle of the online writer… or so I thought.

Over the next few years, I had some small successes and even published multiple websites, a couple of e-books, and was on the radio (for one of my own projects rather than as part of working for others).  I was making a difference, however how to make money and make this life-style sustainable?

So I returned to full-time teaching.

The World and Life’s Purpose

I started to ask myself questions…..

and came to realize that all the issues I had at times struggled with (in or around me) and was determined to overcome, were representative of the changing society and the environment we live in.

Why were people’s emotions either not controlled but rather running wild, or were not expressed?

How to control our emotions?  Symptoms that display these extremes in emotions include bullying as well as the increase in road rage, alcoholism,  depression and anxiety.

Why were my finances not as good as I wanted?

How to steward finances and resources well?  The increasing debt and short term view of life of many people lead to the most recent Global Financial Crisis, which first reared its head in 2008.

How could I attract the right kind of life partner?

Although it is said it is easy to attract a mate – more importantly is he/she the right kind of mate? When we settle for less in this area, it leads to the breakdown of relationships and the family in general.  For example, imagine you get a new boyfriend who your parents and friends warn you against, you fall pregnant, and despair, even considering abortion.  Compare this with falling in love with a friend who is already in your social circle, who your parents like and his parents like you, where you then marry and decide to have a family. When you fall pregnant you are over the moon and celebrate. “Does the first or second scenario sound like a blessing to you?”  or  “If you bring a child into the world in the first situation will he/she feel welcomed and loved as much as the one in the second situation?”

How to motivate people to behave in positive ways in the world including reaching out to help others?

How to have people respect you, keep their word, accept responsibility, not follow people who are negative role models and would just lead you astray… basically grow up? If we don’t teach the next generation how to accept responsibility for their lives, we end up with a generation of people who do not know what they want, think they deserve everything and don’t have to work for it, and have no integrity.  What would that society look like?

Or is this already happening?  If we watch the news, it is!

Life for so many didn’t seem to be so much fun!  And creativity … forget it!

Since 2007 I have focused on the areas of how to develop our Financial and Emotional Intelligence, Relationship Skills and Personal Leadership.  I have attended courses, read many books and had been discussing these concepts with people on my travels plus trialing coaching, mentoring and teaching strategies to overcome these issues and turning them into positives.  I chose to be strategic about who I was spending time. I was constantly learning from these experiences, both mine and from others.

And then during my reflections I realized……

I COULD BE PART OF THE SOLUTION

I could start to change and influence the world around me.

At that time it culminated in what I thought was the answer, where I could help to equip others to change and influence the world around them for the better.

Hold short seminars, which are fun, engaging with a sub-theme to flip people’s mindsets.

Teach others all the wonderful things I had been learning and living.

Putting the seminars together

I was so excited and had a group of loyal supporters, mostly friends and former or then current teaching colleagues (all of whom are multi-talented and charismatic) and former students who believed in what I was doing, who had volunteered their time.  One friend even promised to fly in to assist for the duration of the seminar.  I also had guest speakers lined up who would be extremely interesting, relevant and offer solutions to issues for that particular target audience (that seminar was planned for school leavers).

Dare to fail greatly is a key ingredient to success.  I had to pull out within two weeks of the event to minimize financial damage.  I thought I had considered all aspects however had forgotten the most crucial – the sales strategy!

‘What’s in it for me?’ I thought I had addressed benefits however hadn’t even realized that I was actually advertising to two markets – I either had students who wanted to attend or parents who wanted their kids to attend, however didn’t have a strategy to address either well, let alone the double target audience, especially in the ridiculously short time frame I had set myself.

So another learning experience had been wracked up.  Although this one felt it took longer for me to get over and have the strength and faith to try again.

I have been teaching others about advertising for years although this was one area that I really had no industry experience in.  Marketing is definitely not the same!

We buy on emotion.

So how to create the desire in people for what they need, especially when I had already seen amazing results teaching these concepts?  People realizing they can actually take charge of their destiny!

God is so good… he revealed to me that…

if we can really believe enough to imagine a better world, then encourage people to offer their own solution… including taking time to listen to them and share

… just like magic we already know the answer!  It’s part of us.

Then we can choose to “just do it”!

The accountability partner is to ensure we do what we say we will do, in the timeframe we have agreed to.

At the time of writing this…. I felt like I had just stopped wandering in the desert for 40 years to cover what should have been a 6 day journey.

“Even now I didn’t realize this until right now, the day before the first live event (a small stand as part of much larger Easter celebration in the heart of our city, Perth – the most isolated capital city in the world).”

These ideas and strategies have been revealed to me over the last 8 days although I knew it was coming up as I had diarized a year ago to sort this out now, and even had a class of students write their visions down of a better world 4 months ago!

Already the reaction has been like a light bulb moment for some. Eg A man who said something like all people should be obliterated. Then when encouraged to turn it around into a positive, he imagined a world filled with people who are empathetic, truthful and generous.  He committed to being generous to those in need.

He even came back to visit me and showed me the extremely generous Easter egg he had bought for one of his family members – as big as an Aussie rules football!  This was after he had given $10 earlier in the day to a homeless man (in a country where many people give less than a dollar, if anything).  All with a big, handsome smile on his face – looking like a very different man to the one who had first wandered over.

Where to from here?