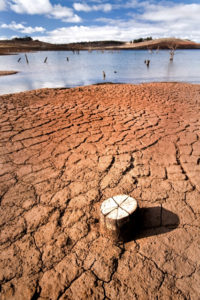 A futurist’s solution to overcoming drought… A few years ago, I was traveling across the Nullarbor Plain, one of the most remote drives in Australia, and felt at one with the landscape.  It was as if Father God Himself was showing me creation.  I felt that the answer to the desertification of our nation is water in, on or even under the ground. 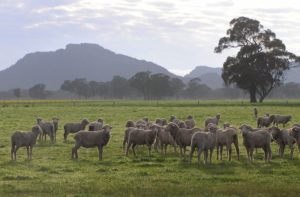 I was reminded that it is written that in the beginning God created the earth and prior to his sending rain, it was watered by streams that came up and watered the whole of the earth. (Gen 2:  5 – 6)

In Australia we are in the middle of a devastating drought and farmers are barely surviving the horrendous hardship with failed crops, having to euthanize stock, suffering financially, emotionally, physically, psychologically and even spiritually, questioning God himself that he could be so cruel to allow this to happen.

Firstly, before I offer some wisdom in the form of medium to long term solutions, I would like to acknowledge the sorrow, devastation, loss of livelihood and even identity for those on the land.  From talking with farmers and listening to people like Alan Jones as he talks with farmers, the top answers appear to be to support people emotionally and mentally, provide stock feed, and also where possible go to these areas, speak with people to show you care and spend money in their towns.  One cause I support as it was recommended to me by farmers is Drought Angels who provide a wide variety of support.  If you are a farmer or landowner reading this, know that there are many people who pray for you everyday and even more so in recent times.  You matter, your life matters, your lifestyle on the land matters. 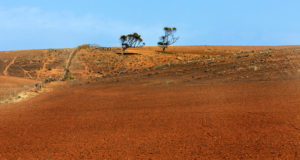 Many Christians have been praying for abundant rain, however we live in a harsh sunburned country with various climactic regions so rain in itself is not a solution.  We need only to look at suburban lawns in cities when there is a water shortage, where the rain soon dries up and unless we somehow preserve the rain our lawns die and become like straw.  We have tried to fertilise however some things seem destined to revert back to more natural solutions.

Over ten years ago I lived in the harsh climate of Kambalda in the Western Australian Goldfields.  I tried various ideas for my front garden however it was at the end of a wind tunnel and so any vegetation would soon cook in the regular 40+ degree temperatures or freeze in the black frost of minus degrees.  One year I even had to move my pot plants under my back veranda and put fleecy (flannelette) sheets over them to protect them.  The answer after research and advice from a local horticulturalist was to plant native plants and set up an underground drip feed system.  The garden soon flourished attracting many native birds and bees.  Then it rarely mattered how much or little rain there was.

One habit I have is look at the past and present for solutions, including the wisdom of the ancients, classical traditions and science as I love investigating what is working or has worked in the past. 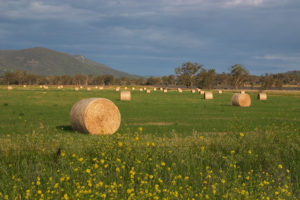 Here are some of my favourite stories of replenishing and rejuvenating land:

In Central Java, Indonesia, I recall being told about a massive local effort to overcome seemingly infertile ground.  It was called ‘makan batu’ or a literal translation ‘eat rocks’.  The locals dug up the rocks and the federal government sent planes to dump water down.  This was decades ago and so from a brief internet search has yielded no results to confirm this as fact.  However, it makes sense in a region that is known for rich soils ie if you remove the impediment to the water being able to be absorbed that the soil quality would improve.

In Western Australia, the Ord River Scheme would seem to many to be a modern-day miracle.  Before the Ord River, near Kununurra in the Eastern Kimberley region in the far north of Western Australia, went from one extreme to the other due to wet season torrential downpours to barely a few waterholes in the dry season.  After the Ord Dam was built, at normal full capacity it has over 18 times the amount of water as Sydney Harbour and continues to evolve to greater capacity!  This even back in the early 1960’s when stage 1 was opened with the Kununnarra Diversion Dam realised the dream of a thriving northern agricultural centre.  The premise is not only capturing the heavy and abundant rainfall during the ‘wet season’ but by stewarding the storage via opening and closing valves to allow the water to flow.

In Israel, so many strategies are being employed to combat desertification such as:

So many breakthroughs for ‘turning barren desert into useful, arable land’.

A different approach to the cattle industry in the Northern Territory in Australia is resulting in improved food quality and increased cattle numbers during relentless drought.

‘Restrict the cattle numbers in a paddock by fencing extensively, adding in more water troughs, and ensuring the cattle never have to walk more than 4 kms for a drink, and allow cattle to graze over more areas so less degradation. ‘

Finally, I saved my absolute favourite for last…

Originally from the Hunter Region, North of Sydney, Australia, then later via The Australian Landscape Science Institute, Peter Andrews’ revolutionary works have only just begun to transform farming in Australia.

‘The ancient Australian landscape contains the blueprint we need to go from drought to paradise.’

Part of the key is Natural Sequence Farming and diversity as well as usually going against what has been the scientific way forward for generations, which has resulted in such disastrous land degradation.  I honour Peter for his tenacity during the pioneering phase and persistence in continuing his fight for those in power to act on this wisdom.  I believe it is time we listened and joined him to conserve our environment, support our farmers and protect our food security.

In conclusion, rather than living in blame, excuses and denial and getting caught up in the Climate Change debate , let’s take responsibility for ourselves and our environment, take ownership of the problem and solutions, and be vision and solution focused!

How can you help?  Each website above has links listed where you can donate, volunteer or assist in other ways.

Stay tuned for next week’s blog post on a futurist’s solution for medical centres.

To review last week’s blog and gain an overview plus read our definition of a futurist, click https://imagineering2abetterworld.com/futurists-solution-better-world/