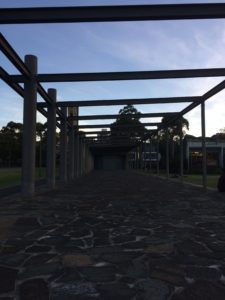 Is it better to be a manager or a leader?

This article will answer this question and give other benefits for the managers as part of the Winsome solution for Social Enterprise Evolve to transform and reinvigorate life into our cities and their people.  Winsome, we have seen is where there are some (or many) wins:

For managers and everyone else to benefit, three key components stand out: leadership; communication and ownership.

Managers traditionally follow the bosses will for a while at least, having no real ownership so can easily blame others for lack of results, hit burnout or effect no real change but rather maintain the status quo or leave disgruntled.  Leaders on the hand, lead by example so usually have the respect of those they lead.  An example of mine when I was in my mid-twenties, in my third leadership role, was when I was in junior management within the hospitality industry.  Although I was younger than most of the staff I was dealing with, they knew that I at least had casual experience in most of the areas I had some say into such as food and beverage, front office and housekeeping.  I continued to hold a second position within the organisation organising functions then also often worked as a waitress at the function under duty managers.  I believe this was what gave me favour and allowed those older and more experienced than me to follow my direction, respectfully give their opinion, or allowed me to just be a listening ear for perceived or real human resources issues.

Effective communication is paramount for managers to be able to do their jobs successfully and deliver positive results to stakeholders.  Most traditional business courses teach about team building such as the storming, forming, norming, transforming model.  However, it was not until recent years that I became aware of and learned skills regarding our different motivations or some say dominant brains that we function from.  Some research now shows that we have three brains, the reptilian or automatic response brain, emotional, heart or mammalian brain and the logical head brain.  Once we can learn to switch between the logical and emotional brains we can become extremely effective.  Feelings are real and need to be acknowledged and yet we all are employed to do a job and so need to be logical in our carrying out of duties for that role.  A top leader understands this and can switch between brain functions according to the need and situation.

Communication for managers also includes being able to be an open conduit of messages between the workers, clients and owners.  Being able to communicate and live the vision and mission of the company so that others also feel ownership is vital for authentic success.

When managers are great communicators, lead by example and take ownership and allow others ownership, all stakeholders are more likely to ‘win’.