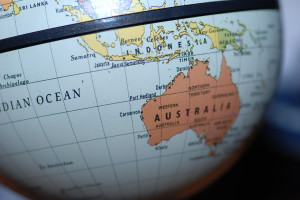 I predict that perhaps the biggest single need to be addressed in 2018 in Australia is how to live within or even outside the confines of this new crazy legal world that is coming to our shores, same sex marriage (ssm) and gender fluidity in Australia.  The main areas of concern in this article are freedom of speech, freedom of religion and parental rights over their children’s health and education.  However, with any change opportunities also arise.  My own vision and solution for the education mountain, Imagineering style, will be proposed in the latter part of this article.

Restrictions including but not limited to those loss of freedoms as listed above has been happening for some time with consequences for individuals who dare to speak out, such as being silenced, demoted, sacked, and reputations destroyed.  So, this threat to freedom of speech, combined with Australia’s tall poppy syndrome that would knock down anyone who does not agree with the status quo or in this case the current politically correct definitions of things, has become magnified.  The situation does seem dire.  We have seen the negative influence of online trolls making life very difficult for anyone who disagrees or even with physical attacks as we saw where ‘NO’ campaigners being physically assaulted.  The most famous of the ‘NO’ campaigners who was assaulted was our former Prime Minister, the Honourable Tony Abbott MP.

Another area of concern is freedom of religion as ordinary people are being forced to accept and in some cases, promote values against their absolute convictions.  For example, to committed Christians any sexual behaviour, outside that between a man and his wife in the state of holy matrimony which is to be celebrated, has current and even eternal consequences.  With these latest developments of ssm, the ideologies are so at odds with traditional views, that one seems to be in direct opposition to the other.  However, prior to the legal changes last week, if people disagreed they could remain quiet however if any Comprehensive Sexualised Education goes through like Safe Schools, teachers who oppose and refuse to participate may be suspended and have their employment and registrations terminated.

Indeed, we are taught all the way through our education system that there is no right or wrong that everything is relative.  Tradition would disagree.  Faulty thinking and behaviours may be defined as anything that is not inspirational and beneficial; that do not bless the person, others and the wider world.  Blessing here is that things go well with you, cursing that things do not.  We all have a choice about what comes out of our mouths, blessings or curses, life or death.  No-one is an island, every decision, word and action affects others, especially ourselves.

So with this new post ssm framework that allows and promotes gender fluidity (even in name LGBTIQ…), it seems likely, as we have seen overseas, to force teachers for example to teach comprehensive sexualised education.  This starts from extremely young ages and is at all levels of pre-tertiary education.  The content of which openly introduces pornographic material and questionable ideologies.  It is a lose- lose for both students and teachers.  Remember how embarrassing the old classes were when we just saw representations of naked bodies and the video on child birth.  I really feel for the students and teachers.  Puberty is historically when children / adolescents start getting curious about sex.  There are healthy ways to deal with the subject and force feeding sexualised content is not one of them.  Hormones are rampant and emotions unstable.  This already sounds like a recipe for confusion, hurt, and humiliation.

Some of these ideologies, including in the area of health, are at times directly contradicted by science, psychology and even law.  Take the gender dysphoria versus gender fluidity debate for example with Dr Michelle Cretella speaking out against the wishes of the current leadership in the American Medical Association.  These should be of major concern to parents.  Please watch the video where Dr Cretella highlights the changes and absurdity of the reasoning leading to cutting off perfectly healthy body parts on teens without parental consent.  How can anyone logically be considered able to make lifelong decisions during childhood or adolescence?  The consequences can be horrific, regretted genital mutilation which the West used to fight against but now promotes when someone wants to change their gender, castration of males (defined here scientifically as anyone with xy chromosomes), and sterilisation of both men and women, including youth, all without their parents’ permission.

So why am I writing this?  Imagineering 2 a Better World (IM2) is about just that, Imagineering (having a vision and practical steps toward that goal) to a better world.  From previous posts we know that the transformational four step strategy is Imagine – Solution – Commit – Partner.  We also know that that Imagine (Vision) and Solution must be positive.  (refer previous articles or video gallery).    Just go through some of the older posts to see what some of the more common visions which are:  love, peace, joy, hope, kindness, harmony, righteousness (this was a big one from high school students who just wanted people (namely their parents, teachers, other students) to do the ‘right’ thing. From a Christian perspective righteousness means being in right relationship with God which is only available through his son, Jesus), and so on.

So the new VISION for my better world regarding education is …. Drum roll please…..

A new type of education!  One that is not based on the extremely narrow Greek rational thinking and linear time worldview.  I would love to see a more rounded education where Creationism (backed up by scientific fact, see https://creation.com/ is taught alongside Australia’s current Science theories, as well as the wisdom of the ancients and women.  Did you know that it is only the rational West that sees time as linear (past, present and future)?  Many cultures see time as circular (Indonesian to name one of many), cyclical (Jewish), or even Dreamtime and Now (Australian Aborigines)?  Our perception of time affects our worldview and the way we are able to process information.  The way we are taught in Australia, especially in the primary and high school sectors, has come a long way.  Many now better understand the importance of deep learning through project work which integrates activities across various learning areas simultaneously.  I am extremely grateful for my varied educational experiences including: at the post-secondary and tertiary levels in Australia and Indonesia; in secular, Catholic and Christian settings; and an inter-disciplinary approach whilst at the University of Western Australia, which was much more holistic.  I will be forever grateful to the University of Notre Dame who did not allow non-Catholics to study religious education, but gave us compulsory units on Community Service and The Universe Story.  Together with previously having studied other religions, politics, cultures, and economics, my perception was challenged.  However, it was not until I did the unit on The Universe Story that everything came into focus for me.  Check out some further information at https://storyoftheuniverse.org/  What I first saw as a movie combined with reading the book, The Great Work, have since become a higher education treasure trove.

Additionally, in my better world regarding education we would teach life skills and some different ways that people undertake those life skills.  This may include different cultures and also the world of miracles.  In my own life, I see miracles daily.  I meet people all the time who have overcome horrendous things including cancer, addictions, abuse and silencing of their voices.  So, overall, I believe a more practical and holistic approach would be better suited to today’s world.  One school that I really like is the Dream School in Brisbane.  It is a home-schooling cooperative in a disruptive model of education style that categorises learning by sectors.

I so strongly believe it is time for a Better World.  It is possible.  Just like the U Theory that is gaining popularity in reputable educational institutions across the globe, I believe the future good wants to be revealed.  Will you join me?  Together we CAN imagineer a Better World.