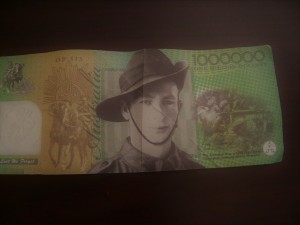 In the previous two articles on stewardship, we read that it is wise to take a holistic stewardship approach and that childhood beliefs and inner vows can affect our finances. This week’s post is looking at healthy habits.

A healthy habit I love to encourage in others starting from young children is the 70%, 10%, 10%, 10% principle. This is replacing the one I grew up with being 80%, 10%, 10% which hadn’t worked so well for me. Although it stopped greed by giving 10% and saving 10%, it didn’t stop poverty as that 10% savings was allocated for large purchases such as study, house deposit, car, children’s future expenses. Thus when that 10% was spent, I was starting from a zero base. So now I recommend as early as possible (definitely before seven or eight years old) categorising 10% each for allocated savings, storehouse for wealth creation, and giving, while the remaining 70% is for spending such as the cost of living, rent/mortgage, food, insurances, clothing, medical, education, plus leisure, etc. Of course spending for young children may be to buy treats at the shop or saving up to buy a particular toy or piece of clothing.

Giving is vital as every time we give with no expectation of receiving anything from the person or organisation in return we are breaking the ties with mammon (the spirit behind money). For me as a Christian, this first ten percent is set aside for God, who teaches us that the tithe is for people in need (as distinct from church needs such as staff salaries, building funds, etc) . If you find it difficult to give, then it’s very likely you are being influenced in an unhealthy way. Some Christians believe the tithe is the law from the Old Testament however when we study the Bible for ourselves we see that Abraham paid the tithe to Melchizedek, King of Salem well before Moses and the law. Once this base line of 70%, 10%, 10%, 10% has been established then it can grow. I prefer having an additional 10% for investing into making the world a better place which for me is donating into an organisation dedicated to that end. In the future I want to add 10% into developing me which is not quite clear yet but may include such activities as a spiritual getaway, mission trip, paying for books or conferences to make me better equipped to undertake my life’s purpose which is to inspire and empower others to imagineer a better world.

With children I have found it easier to teach the 70% / 10% / 10% / 10%. In this way they have money to spend now, money to use in the future for bigger items, are already in the habit of giving plus are already building wealth for the future. Fun ways to do this may be the children putting the money into envelopes, jars or dependent on the bank fees, different bank accounts. This also helps children and youth to see the positives of interest rather than negative interest such as spending on credit, paying high interest on debt thus stealing from their future. For younger children the giving can be more concrete such as using the money to buy poor children in Africa educational tools such as pencils, or a chicken or a cow. World Vision and other charities have these or similar programs. The shoebox program is very popular with young ones as they can be part of buying the items to place in the box and can imagine the children opening their presents at Christmas who probably wouldn’t have any other presents. I have witnessed children in orphanages receiving these types of gifts and they are so grateful and happy that others care.

Habits begin with our thoughts which become decisions then actions, then habits, which over time become mindsets and even down through generations can become blessings or curses, also known as generational blessings or iniquities. Thinking healthily about money as a tool is the way to abundance and being blessed to be a blessing. Alternatively, unhealthy associations of any kind – poverty, power / control, greed / lust, and coming under the influence of the spirit behind money leads to a life of bondage. One of the most simple examples here is the modern culture of instant gratification – having what you want now, buying on credit. This automatically creates bondage or slavery in the future as you are allowing someone else, such as the bank, to tell you what you can have in the future. Some refer to this particular spirit behind money as mammon. Common signs that you are under its influence are feelings of greed, poverty, lust, entitlement, ‘poor me’ and/or ‘I deserve it’ attitudes. These can be overcome with a combined holistic approach to become healthy in your finances as suggested above.

If you would like to know more on stewardship, Catherine’s book, Prosper as Your Soul Prospers: A Holistic Approach to Basic Money Management from a Soul & Spirit Perspective, is available in bookstores nationally in Australia or in ebook format on Amazon.

PS Like the dollar note, for more check out www.operation513.com