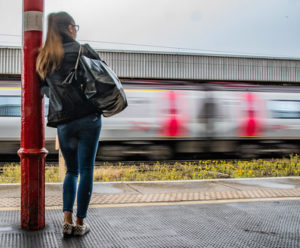 Firstly, right up front, this is a topic so close to my heart that I barely dare to whisper it aloud. This blog post is in two parts, the first part is a personal testimony, the second part offers some solutions.

My first brush with homelessness came a few years following on from a deliberate decision to increase my financial (and emotional) intelligences.  I had sold my home in the regions of Western Australia for a good profit, invested the money in a variety of ways such as in the bank and through courses for self-development / upskilling for business.

Step 1  Play the movie forward – relocate back to Perth, rent in a suburb of my choice for a similar rent to what I would have been paying if I had been able to obtain a loan (I hadn’t – my salary was not high enough even though I had a healthy deposit).  I worked full-time and was a homestay mum on top for additional income.  The mortgage rates at that time kept increasing so I would have lost my home had I bought then.

Fast forward a couple of years…

Step 2  Due to wanting to put my business of writing – including blogs, coaching and consulting (which at the time was additional to a mostly full-time job of teaching).  I had returned to casual teaching in the English as a Foreign language industry which didn’t pay as well as being a casual high school teacher but compared to casual work in the high school system was more regular income and not as physically or emotionally draining.  I had just given up my long-term rental lease, put most of my household goods in storage and begun a 12 month sojourn in housesitting, or so I thought.

I had barely unpacked from my very first housesitting job for the year, it was only day 2 of a 6 week housesitting job when I got the phone call.  One of the family members had been on a waitlist for an organ transplant for years and their name had come up, so the family was returning the next day.  How wonderful for them.  It had been a tough few years for me, feeling like I had two full-time jobs between retraining and upskilling as well as building my business, plus working mostly full-time teaching, so I was exhausted.  Usually I had numerous friends I could have stayed with short to medium term at short notice who had similar lifestyles, that is single and at times living overseas.  This time was different.  In desperation I got down on my face on the ground sobbing, crying out to God for the phone to ring and someone to offer me a place to stay.

The phone did ring and that person did invite me to stay with them for a while, thank God.  It was a challenging time especially as the next job or two of housesitting also fell through due to external reasons to me.  Even when the housesitting jobs went well there was usually a few days and up to two weeks between jobs, so couch surfing became the norm on and off for the next year.  I call this homeless first class, unstable housing, with periods of couch surfing.  I had thought it would be freeing, it wasn’t.

The more judgemental of you, or honest (as this was a question I also had had prior to this experience) probably thought “Why didn’t she just go back to regular teaching with the higher income and rent a place?”  My answer to that is sometimes you need a break from your job, especially when it feels like you pour yourself out all day long with little or no thanks.  Then due to the high rentals, mostly I was a homestay mum at the same time so my home wasn’t always the haven I would have liked as there was someone there that needed me and was paying me for that service.  It was far from a supportive team environment.  Your second question may be “Why didn’t she go into a share house?”  Over the years, I have found that less and less people live more conservatively.  To be drunk or high on drugs (prescribed or illicit), or engage in violence in the home, or have one night stands coming back to the home, etc is more common than you may think.  I did however change my own living situation after this to a share-house arrangement for the next season to share the load.

At one stage to give myself a mini-break for a few days, I stayed at a youth hostel in a town south of Perth.  What I discovered fascinated me.  Most of the people staying there felt safer staying there (even in a dormitory room) than in share houses where they all had stories of drunkenness, drugs, domestic violence and even racism.  Some of the longer-term residents in the youth hostel at the time were professionals of Asian heritage who had been there for months.  Suitable accommodation, particularly for people who are more conservative, can be a real issue for both men and women.

This financial intelligence journey experience, which at the time, had been freeing and simplified my life in some ways, had become exhausting and led to instability resulting in homelessness.  This, however, was nothing compared to what came a few years later…

I had a home, was working full-time, doing my business on the side which was looking so promising finally, and then suddenly found myself homeless again.  Only this time it was much, much worse.  Eventually, I moved interstate, which in itself is not a simple process, with so many changes and processes such as changeovers of registrations for a car and a profession.  So began what seemed like a five year long period of off and on homelessness.  The Australian Bureau of Statistics includes a range of factors in defining homelessness:  a sense of security, stability, privacy, safety and the ability to control living space.

Due to the issues from that difficult period that involved stalking, I had been advised by the police to stay off the grid.  So, after a period overseas, this meant upon my return to Australia, not to get rental accommodation in my own name, but rather stay in settings that added an additional level of protection such as a granny flat.  I also had a couple of stints of unemployment even though I hold various qualifications, have excellent references, and was applying for up to 25 jobs per week.  The older you get and the more skilled someone becomes across industries, the more you don’t fit into boxes and so it seems recruiters don’t know what to do with you and those receiving the simplified yet still overqualified resumes may be wondering ‘What is wrong with that person?’  My business had gained momentum at times, then dropped away most often as I was still trying to stay out of the public eye, very difficult in these days of social media.  Plus, as you may imagine, my confidence also took a battering.  I am pleased to say though that through the toughest of these times, back in Australia, I had continued to volunteer in Christian and business settings on a weekly basis where no-one would have had any idea as to my extended period of homelessness.

So the reasons I had become homeless varied and were due to: choosing to go down the increasing my financial intelligence journey and doing housesitting long term without having a stable, welcoming base for in between times or unforeseen circumstances such as last minute cancellation of housesitting jobs; a low income; high rental prices; unwilling to accept just any share house accommodation largely due to prevalence of high alcohol consumption, drug use or domestic violence; making a decision in haste for renting space to a wrong person in a share house who ended up on ice; being stalked; and being unemployed not by choice.

So, although many people think homelessness is only for those on drugs or alcoholics, or with mental illness, or those who choose to check out from life’s responsibilities, these reasons were not the case for me.

A heartfelt thank you to the people who opened their homes to me for a night, a week, a month or a year!

Stay tuned for a Futurist’s Solution to Homelessness for Women over 40: Part 2 The Solution.

NOTE:  This article is part of the ‘A Futurist’s Solution to… series at https://imagineering2abetterworld.com/blog-series-futurists-solution/